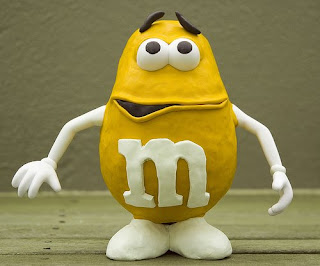 Insert really hilarious April Fool's day joke about how I stopped running, and the streak of running consecutive days is over.  AHAA ha ha.  Oh wasn't that clever?  OK lets move on.
Ran the overnight run tonight.  I'm a little suprised the locals don't call the cops on me when they see some strange figure with a headlamp and a man-bra (my a-little-bit-too-small reflective vest) waddling around their neighborhood in the middle of the night.  I think I would.
Then there's the whole, following the plan thing.  I'm five weeks away from the ridiculousness which is called a marathon.  I have been following a Runner's World marathon plan for beginners.  I looked for a plan designed for people who have no business running a marathon and are completely out of their minds just to think about such foolishness, but I couldn't find it.  I have sort of been following the plan, but since it is designed for running three-four days a week, and I am running *ahem* dragging my carcass around the neighborhood seven days a week, I do drop some of the mileage totals.  Theres a part of my brain that says if you follow the plan exactly you can have confidence in making the distance, and when you don't you are dooming yourself to the sight of a freight helicopter coming and hauling you out.  I know its probably not logical but that is the conversation in my mind.  The other conversation in my mind goes like this,
Self #1 "Peanut M&Ms with dark chocolate mmmmmm tasty"
Self #2 "Didn't you eat like a whole bag of those five minutes ago?"
Self #1 "M&Ms goood.....mmmmmmmmmmmmm........"
Self #2 "Uhhh right, pass those over here I need a bite"
Thus endeth Masterpiece theater for today.
454 1.0 in 12:46 (yeah it hurt)
455 1.0 in 11:06 (yeah it was supposed to be like 3-5)
456 1.0 in 9:06
Email Post
Labels: marathon plan waddling chocolat

joyRuN said…
I'd used Hal Higdon's baby novice plan for my first - it worked in that I finished the daggone thing!