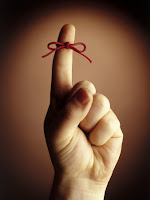 I read a quote somewhere, (probably on one of your blogs) that said something like, "Discipline is really just remembering. Remembering your goals and acting on them." I know that is gross oversimplification, but I kind of like it. I know when I catch myself making a choice that is clearly contradicting one of my goals (cutting a run short, not doing the rehab, not icing, chugging two liters of mountain dew at midnight...) I say to myself, "Self? Do you want to run an ultra or not? Right now it looks like...not." Sometimes that doesn't change my action right away, but sometimes it does, and I am at least thinking about the consequences...
/endphilosophizin'
So teh wifey was a track coach (long distance, of course) in a previous life. And of late we have enjoyed watching the antics of one of her former athletes who has had some incredible success, winning this year's Pikes Peak ascent and being named a member of U.S. Mountain Running Team for the third time. He was always one of those great kids you love to teach, and he was always one of the crazy guys who if you told him to sprint ten miles up a mountain, he would get done and say, "Can I do that again?"
He's running the Leadville Trail 100 miler this weekend, so best wishes Mr. Tim!
Day 595 1.0 in 11:45.
Email Post
Labels: discipline tim parr

joyRuN said…
I can't remember my goals for the life of me when I'm all snuggled in my bed in the dark & the stupid alarm goes off.