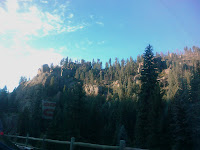 This post may seem strangely similar to one you may have read before.

To better service your varying levels of interest in this blog, I will give increasingly more verbose accounts of what happened at my North Fork 50 mile race.  My top ten lessons learned are at the bottom.


My first attempt at fifty miles.  I tried not to think about the whole concept of what I was doing.  I almost think that is a better approach, ignorance is bliss and all that.

I got up at 3:30 AM on Saturday morning for the drive up to Pine, CO.  My distrust of Google maps resulted in me driving on some crazy dirt roads with 15% grade in the middle of the night which at least kept me awake. 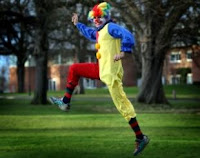 I got to Pine Valley Ranch Park a little before 6am which was just about perfect.  I started getting ready.  I had gotten the gear ready the previous night, but my normal pre-race freakout causes me to throw every piece of running related gear into my car, "just in case."  Be prepared and so on and so forth (yes I was an Eagle Scout...).  As I looked around I had my usual out of place feeling.  Some people LOOK like ultramarathoners.  I am not one of them.   I sort of felt like I stuck out, but I'm getting used to it.


Does anyone else have just plain ridiculous conversations with yourself prior to things like this?  Here's an example of one (of many) for me.


Freak-out Self:  Where should I wear my race number?
Mildly Illogical Self: Uhh on your shirt.
Freak-out Self: But what if I have to change my shirt, because it so salt encrusted that it is rubbing raw wounds into my cheest?
Mildly Illogical Self:  Uhhh on your shorts.
Freak-out Self:  But I've never done that before, what if the pins rub into my leg and cause me to bleed profusely, that may impair my hydration?
Mildly Illogical Self: Uhh on your hat.
Freak-out Self: But what if I have to turn my hat around.  Then I will be violating the rules for displaying your number, and I might get kicked out of the race, and then I will sit on the side of the trail and cry, and people will be disturbed by the big, strange guy crying on the side of the trail, and what about my number, should I fold it up into a small square before I pin it on like all the uber guys, or is that too pretentious, like I actually know what I'm doing? or what about-
Mildly Illogical Self:
Right.  So I finished the preparations.  Made three additional trips to add more stuff to my drop bag, "just in case"  (and of course I used exactly one item from my drop bag the whole race).  And got to the line.
First Ten Miles.
The first ten miles went pretty well.  As referenced in some really nice race reports from fast people, the opening section was a tough climb.  A lot of power hiking was involved.   I was feeling very good, but I was determined not to go out too fast.  "Start slow, and get slower" as I have heard it said.  I resisted the urge to pass people (mostly) and felt like I had a good, slow pace going.
The course was tough.  Several miles of uphill, followed by several miles of downhill, rinse and repeat.  There was some shade, but there were also some really long sections through exposed burn areas.  I had chosen to leave the hydration pack in the car and just carry two bottles.  Big mistake.  Because the longest stretch between aid stations was 5.8 miles I thought this would be sufficient hydration.  Not so much.  Also  I wasn't really used to running with two bottles, so though I got a good bicep workout, it didn't feel comfortable.
During the first ten miles I kept a good pace through the second aid station.  9.9 miles in about 2:15.  This is really slow, but it was pretty much within the parameters of what I was trying to accomplish (don't kill yourself early).

At the second aid station they had bacon.  No really.  Freshly fried bacon.  I don't know about the nutritional value of bacon while ultrarunning, I haven't done the research.  But my mind thought something like, "bacon is salty, you need salt, eat the bacon."  So I did.  It was good.  I've never eaten bacon while running.  I like new experiences.  I kept running.  As a side note, the twisted knee I suffered while cooking bacon the day before the race, was not a problem.  Bacon won't keep you down.
So I kept running. 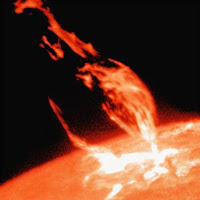 Did I mention it got hot?  The accuweather for Pine, CO said it got up to 102 degrees.  I'm not sure exactly how hot it was on the trail, but it felt rather warm.  I started to feel...not so good.  I ate some more stuff at the next aid station, (PB&J, chips, Mountain Dew?!?) and kept going.  I started to feel worse.  I started puking all over the trail.  Repeatedly.  Hey it was a new experience, heat sickness and vomiting while running.  I like new exp....uh yeah.  Needless to say I wasn't moving very fast.  My whole hydration/nutrition plan went out the window, (actually more like on the side of the trail, but you get the idea.)  I was feeling pretty light-headed and was not moving quickly at all.  I spent a lot of time thinking of all the things I would rather be doing at that moment than running that race and feeling like that.  There were no wrong answers to that question.

If I had thought I could drop I probably would have.  But with the way the course was laid out, I knew I would have to sit at an aid station for many, many hours, or somehow stumble my way back, so I kept going.  My nature is such that I would rather push through the pain for six more hours than inconvenience anyone so there wasn't really an option.


I knew my race was over.  I needed to be to the 50k mark in 8 hours and 15 minutes, and there was no way I was going to make it.  That was pretty tough to deal with.  I was also feeling bad because one of my pacers, Mr. Try Running had come all the way from Denver, and was waiting for me, wondering I'm sure, whether the previous day's bacon injury had done me in, and I knew I had wasted his time in coming down.

I switched to water and Gu, and an electrolyte tablet or two when I thought about it in hopes of keeping some liquids and calories down.  This worked a bit better, and eventually the stomach revolt ended.  I got back to doing some running, and despite getting lapped by the fifty milers who were twenty miles ahead of me (ouch), managed to keep moving forward.  Finished the last ten miles, was reminded that I needed to get off the course, and did the final waddle of shame.   9:35 or so for 50k.  I didn't quit, but it was still a DNF.

Can I just say, having to run into the finish, and not getting to run through the finish chute to the line is kind of a stinky feeling.  I've done it twice now.  It only gets worse.  Especially when the people hanging around in the area are like, "Oh yeah someone's finishing! Oh wait, he's dropping/missed the cutoff, oh yeah, stop the clapping, kill the band, just look away or something..."

So finally we end with my top ten lessons learned.

1.  Bacon, Mountain Dew, and Giant pickles aren't on most people's nutrition plan for ultras, for a reason...
2.  I don't like the heat.
3.  The heat doesn't like me.
4.  Ginger candy doesn't help my stomach, unless you count the "good feeling" you have immediately after emptying your stomach contents on the side of the trail.
5.  Basically I'm constantly dehydrated during these things, and need to figure something else out.  Do they have IV things you can run with?
6.  Next time, I'll pass on the blisters, kthxbai.
7.  Isn't it bizarre how it only takes about twenty-four hours to go from despising all things running, and promising/planning to never run again, to feeling like you can go do that same race you failed at, right away?  Is that psychotic?
8.  Also, I don't like the heat.
9.  The only hallucinations I had all day were that mountain bikers were coming up behind me and were going to run me off the trail.  Oh wait, that wasn't a hallucination...
10.  It could have been better, it could have been worse.

So that makes me 0 for 2 on ultramarathons thus far.  Someone kindly suggested that, "you will get it in your next race", but they had no way of knowing my next race is Leadville.... but then again why not try?  (Don't answer that.)
Email Post
Labels: bacon failure heat North Fork 50 ultramarathons