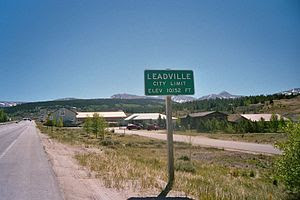 Image via Wikipedia
There is no reason to believe.

There is NO reason to believe.

In fact there is a mountain of evidence to suggest you should not believe.

I've started six ultramarathons and finished one.  The one I did finish I was DFL and it took me over nine hours to do 31 miles (16:49 pace if you are keeping score at home).

The other races I have missed cutoffs because I slowed down and quit or just quit outright and dropped.  I've puked multiple times, gotten blisters, had breathing problems, knee problems, plantar fasciitis, and generally been dehydrated in every race I have run.  In fact it may be impossible for me to stay hydrated.  I've never peed during a race (a normal sign of proper hydration) and I probably sweat more than my stomach can possibly take in.  My knees sound like Rice Krispies every time I bend them.  Sometimes my nose/throat swells up while running and it feels like I am "breathing" through my ear.  No really.  I'd say I wear orthopedic shoes and get sick just smelling booze, but that would be piling on.  Physically I am weak.

I don't run fast, in fact I probably couldn't run under 28 minutes in a 5k.  My marathon PR is 5:15 and I've been as slow as six hours on a course with no elevation gain.  I've never run more than forty miles and the time I did I thought I was going into shock afterwards.

I'm not a good climber, even power walking.  The piano on my back slows me down.  I don't have the strength or will to power walk (more like stumblin', runblin' and bumblin') and thirty minute miles going up hills are not abnormal.

I don't run fast down hills.  My knees/feet hurt after a few hours and I'm too tentative to gain back much of the time I lost ambling up the hill.

When I'm on level ground I go slow and slower.  If I start off doing five minutes of running for every one minute of walking, it isn't very long before that trend is reversed and I'm walking five times more than I run.

I'm a quitter.  Evidence has shown that I'm not willing to endure the pain and push through the bad patches.  My willpower wanes when things get tough and many times all I can think about is quitting.

I'm a perfectionist.  The first time anything happens which could vaguely be interpreted as bad, or a mistake, I jump to complete and abject failure.  I accept defeat.  In fact I rush to defeat, I embrace it, look for it, make friends with it, and translate anything that happens to mean defeat.  Mentally I am weak.

I'm five weeks out from Leadville and had another epic failure at an ultra.  At the North Fork 50 yesterday I did worse than I did the previous year.  20 miles, fell apart after two hours, had some strange breathing problems, stumbled around for a few more hours and dropped.

Bottom line: I suck at running, and have no business trying to do ultramarathons.


My response to all of this?