Down to Guildford and Back

"How would you react if I told you that I'm not from Guildford after all, but from a small planet somewhere in the vicinity of Betelgeuse?"


Can you name the source of this quote? 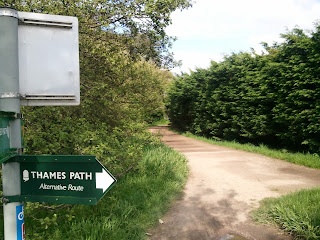 So a couple of weeks ago I was hanging out in Weybridge, England.  It's a nice place, you all should visit there some time.  And of course one of the nice things about travelling is going out and exploring different places via the dreadful slogging I call running. 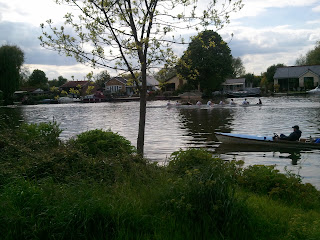 One of the highlights on this trip was an afternoon dalliance along the river Thames.  Near the village there was a pleasant cow path/trail that meandered along the river.  After running a bit I came across a map which showed that if I went far enough down the trail I would come to the village of Guildford.  Being the Douglas Adams fan that I am Guildford, England is the location that the character Ford Prefect claimed to be from in the novel the Hitchhiker's Guide to the Galaxy.  (Bonus points if you guessed it.) While they never say where exactly the main character Arthur Dent lives I enjoyed imagining that I would turn a corner and see a man lying in the mud, blocking a bulldozer. 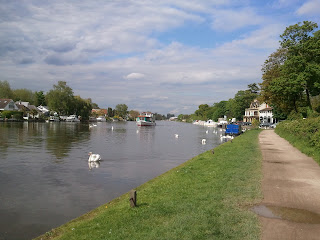 At any rate there was much to enjoy on this day of running, including watching crew practice, seeing some swans, and just enjoying some nice sunny English weather.  (It's always like this right?)

And anyway, who doesn't have a great run when you're powered by this every morning?  Cheers! 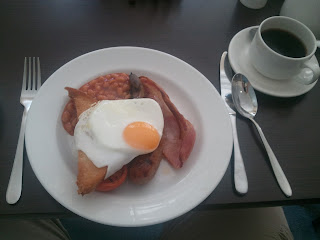